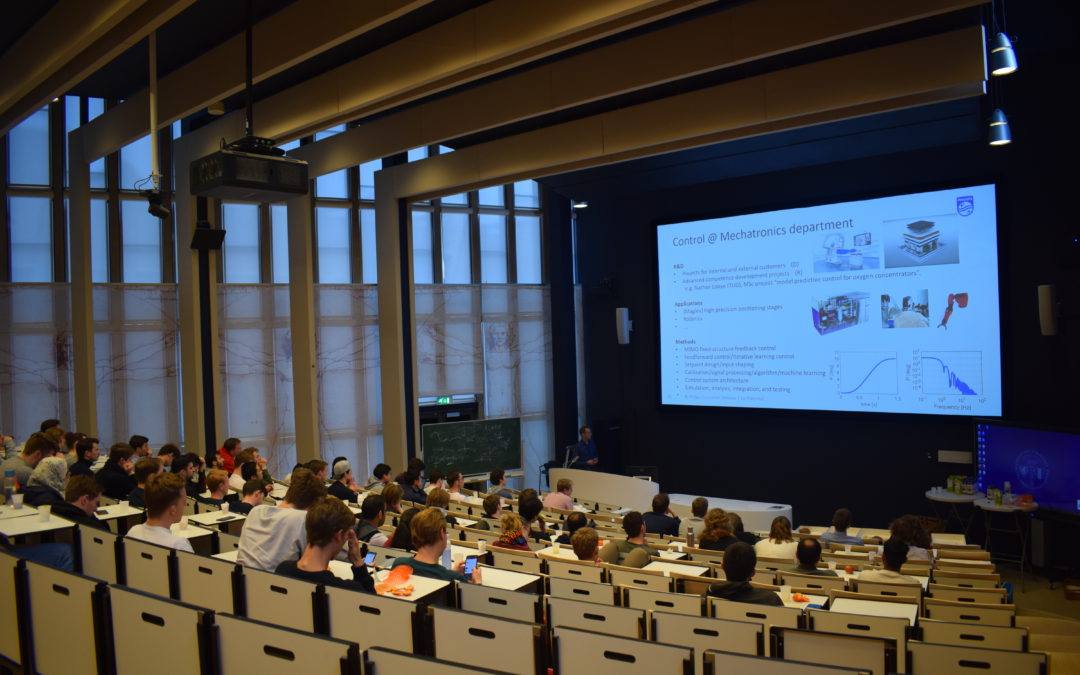 On February the 21st Philips employee Dennis Bruijnen came to Delft in order to excite people for his company. Dennis, a former TU Eindhoven student is a senior technologist and competence leader at Philips working in the R&D department. This department does a lot of work for their well-known company but also provide R&D services for other companies. Their main goal is to turn great ideas into meaningful innovations. They are active wide range of sectors from medical innovations to innovations for ASML. Dennis himself however seemed to be quite into control for different kind of systems like robotics and precision engineering. By first giving an introduction into the different kinds of control using an simple analogy of hitting a target he presented the different projects they have been working on. The idea I myself found the coolest was the control of a Maglev mover plate which had no contact wires and used Hall sensors to determine its position. After this Dennis presented the software it became apparent that he actually was a (silent) celebrity: he turned out to have made the ShapeIt matlab tool. This tool is actually utilized by the majority of HTE students. Also Dennis explained about the well known robot soccer team and the control loop optimization of this team and the challenges its advancements bring. Now the most Philips like project came along: the IGT, an image guided therapy device which allows 3d x-ray construction in a safe way. This very cool looking device however brought lots of challenges in terms of control due to vibrations. Finally, Dennis stressed the perks of working at Philips like deepening technical knowledge after which the presentation was closed by the board presenting a very tasteful bottle of Taylor Port.