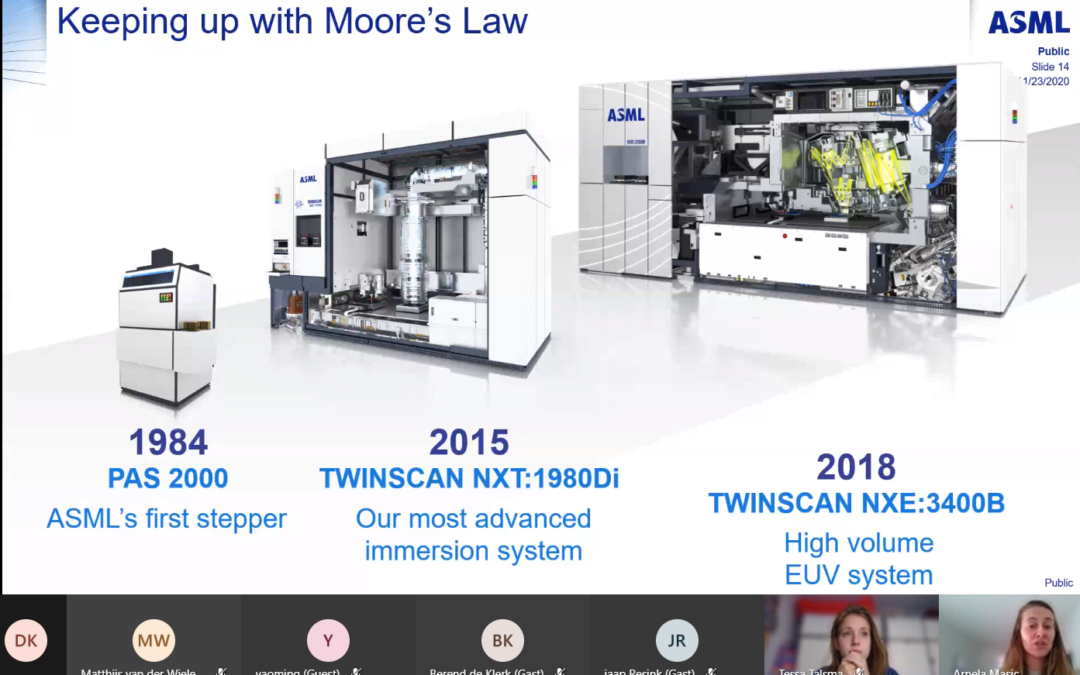 ASML and Taylor organized a lunch lecture on the 23rd of November, which was hosted by Arnela Masic, an engineer at ASML in the department of CS Applications with a focus on Productivity. ASML is an innovation leader in the semiconductor industry, which develops lithography production machines. The companies headquarter is situated in Veldhoven, but 24,900 employees work on providing customers with products worldwide. To satisfy the customer after purchasing a product from ASML, the department of Arnela helps to improve the production on-site and tries to solve problems in case of a malfunction as quickly as possible. Arnela introduced herself by explaining that she got in contact with ASML, due to a scholarship offered by the company. She continued her presentation with a tour through her entire week, which gave an interesting insight into her day-to-day work life. In that, she was talking about how she must prioritize certain problems and how an issue on the other side of the world can change her entire schedule. Nevertheless, escalations from customers are only around 20 % of her work at ASML. The most important part are new product introductions, in which local teams need to be trained on the new product and important knowledge is transferred to the customer. This deep insight gave a good understanding of her job and how it could look like to work in a High-Tech company like ASML. Especially helpful was the participation of Tessa Talsma as an ASML Campus Promoter, who offered support for questions regarding jobs, internships, or events at ASML.