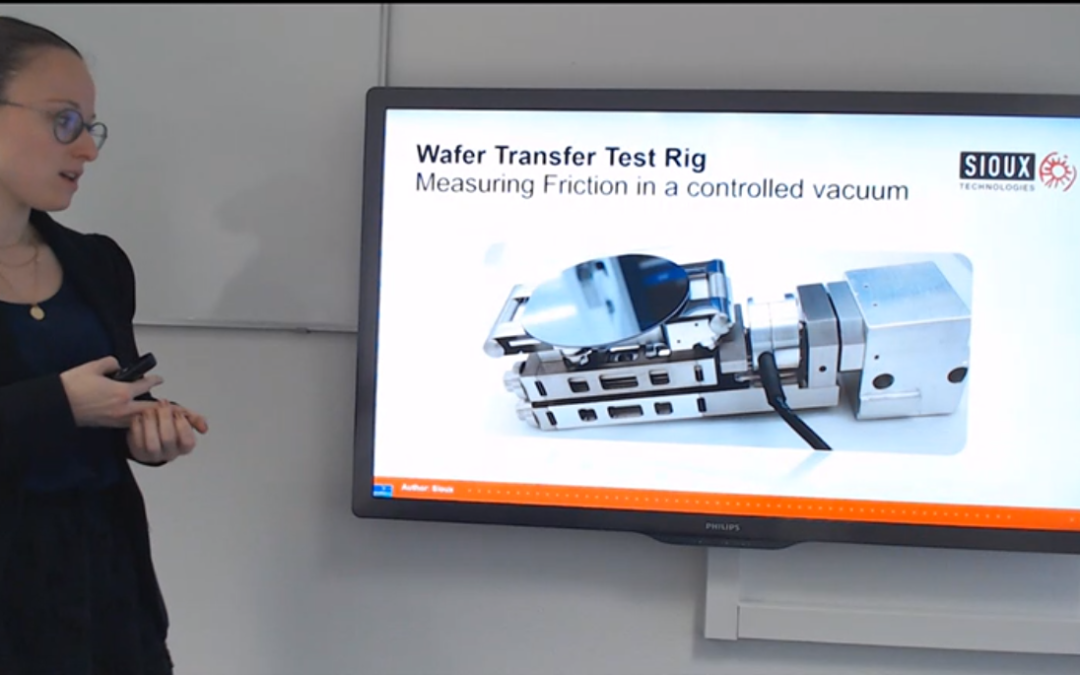 In the afternoon of the 6th of January Sioux Technologies treated us to a lunch lecture. The lecture was given by two enthusiastic employees, who did their very best to make it interactive despite the lecture being online. The main focus of their story was the development and testing of a machine built for ASML. This machine could measure friction of the suction pad on the wafer. It was a very nice example, of how a relatively easy task, becomes very complex when performed in the high-tech domain. It needs to operate in extreme conditions, such as vacuum, while being sterile. We were told that assembly in a cleanroom intensifies logistics as well as design choises. For example, one needs to wear two pairs of gloves making it hard to handle the smallest bolts.

A fun aspect of the lecture was that they made a quiz about the machine they were telling about, testing the attendees preknowledge, intuition and alertness. To raise the stakes, they awarded a variety of Sioux related prizes, a smart way to gain popularity amongst a well educated group of students focused on the right specialization.

Overall, it was a fun and interesting lecture of a diverse company that could offer many of us the challenges and opportunities we will be looking for once we have graduated.