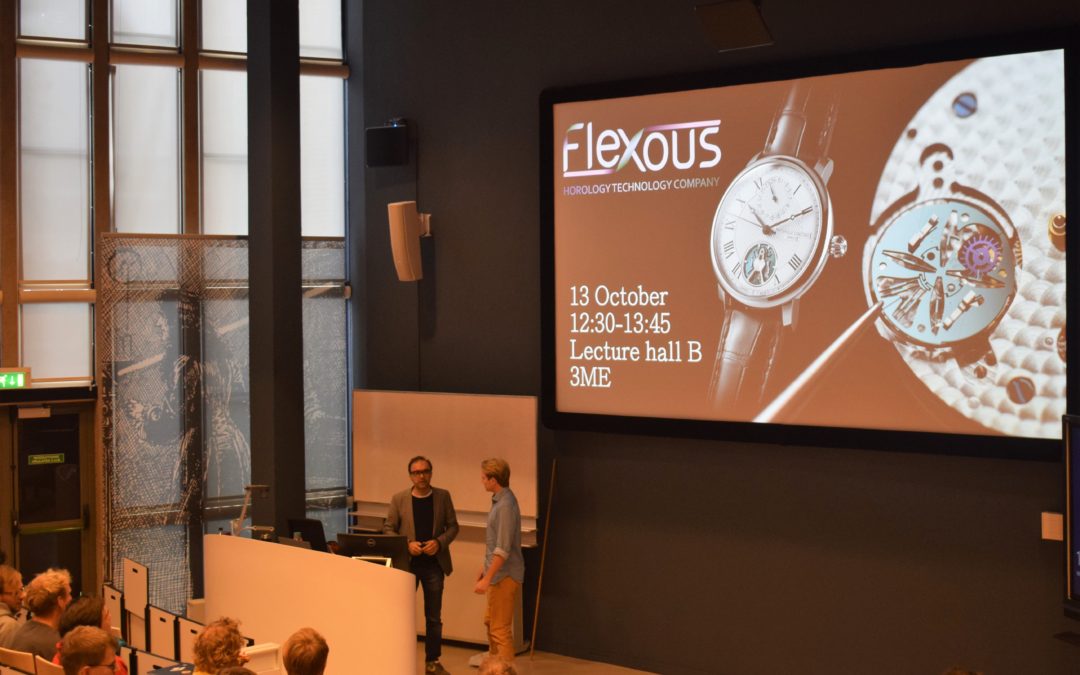 Flexous is a company founded in Delft by assistant professor of the PME department Dr. Nima Tolou. During the lunch lecture he told us about how a visit to the airport lead to something that would change the watchmakers industry forever. While he was waiting for his luggage and in particular his watch to be x-rayed the official dropped his timepiece by accident. The oscillator of the watch was broken which got him thinking. For more than a century the design of oscillators did not change much. It consisted of over thirty considerably small parts all working together in a very delicate design so damage was easily done. An idea for a cutting edge piece of precision engineering design was born: a new type of oscillator for high end watches that now consisted of only one single silicon part. Therefore, it is a more robust to impacts, able to operate at higher frequencies and has an increased accuracy compared to other mechanical watches. The icing on the cake was watches can now be made a lot thinner since the oscillator used to be the critical part determining its thickness. He also took the desires of watchmakers into consideration by implementing original designs to calibrate the oscillator.

Today flexous doesn’t stick to watches alone but is also looking further. They are trying to reversely apply this technique in energy harvesters and can therefore act as a battery. For example in pacemakers, the energy of vibrations induced by every heartbeat can be used to actuate the oscillator and this movement can be converted into electrical energy.