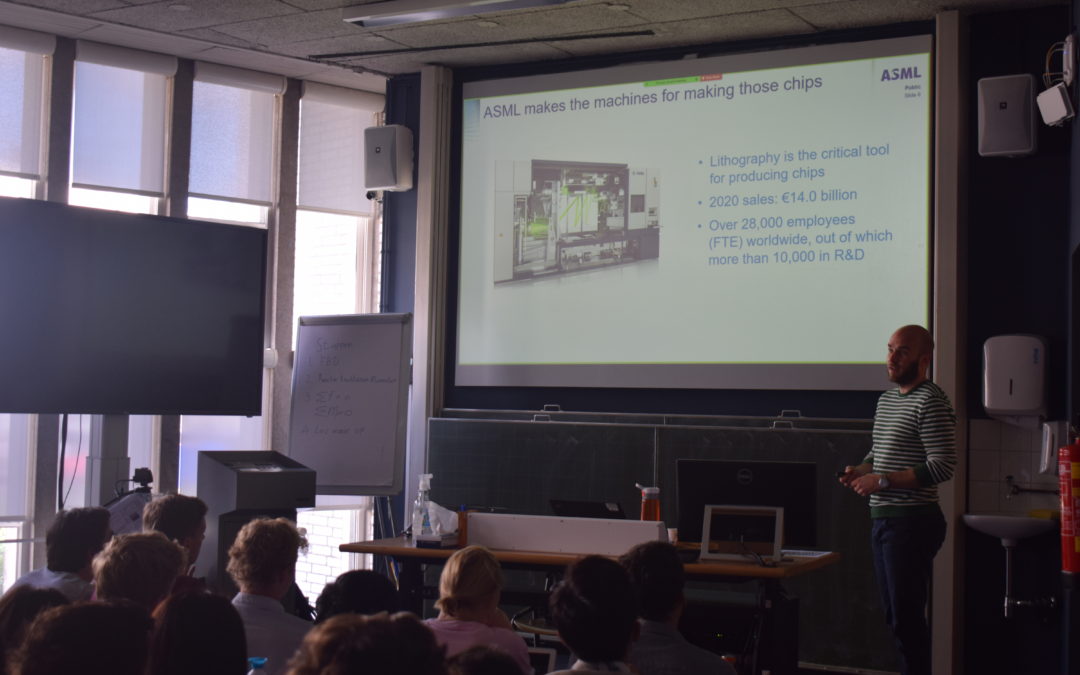 Even though every High-tech engineering student knows the Veldhoven based company ASML and has an idea of how their machine works. In his lecture about ‘Predicting the functionality of the EUV system in the future’, Joep Alleleleijn gave the students insights in what problems he faces every day and how he comes to a solution. Many students were interested in this talk. Due to the lecture hall being at full capacity, some students had to attend the lecture via a livestream.

An actuator in the source of a 100 million plus dollar costing EUV lithography machines of ASML failed unexpectedly, you can see that any down time to change the actuator is quite costly. Joep was tasked with finding a solution to prevent the unexpected failure. During the lecture Joep talked about the whole process to the students. His journey began with finding what causes the component to fail. After finding the problem Joep could not improve the part to stop it from failing, so he had to come up with a mitigation technique. With the analyses of the data from the many of sensors in the EUV machine, Joep could write code to predict months in advance when the actuator would fail. It is now possible to change the component before it fails.
It was very interesting to learn about the approach Joep and ASML took to tackle this specific problem.

Photo’s from the lunch lecture can be found on the media page.