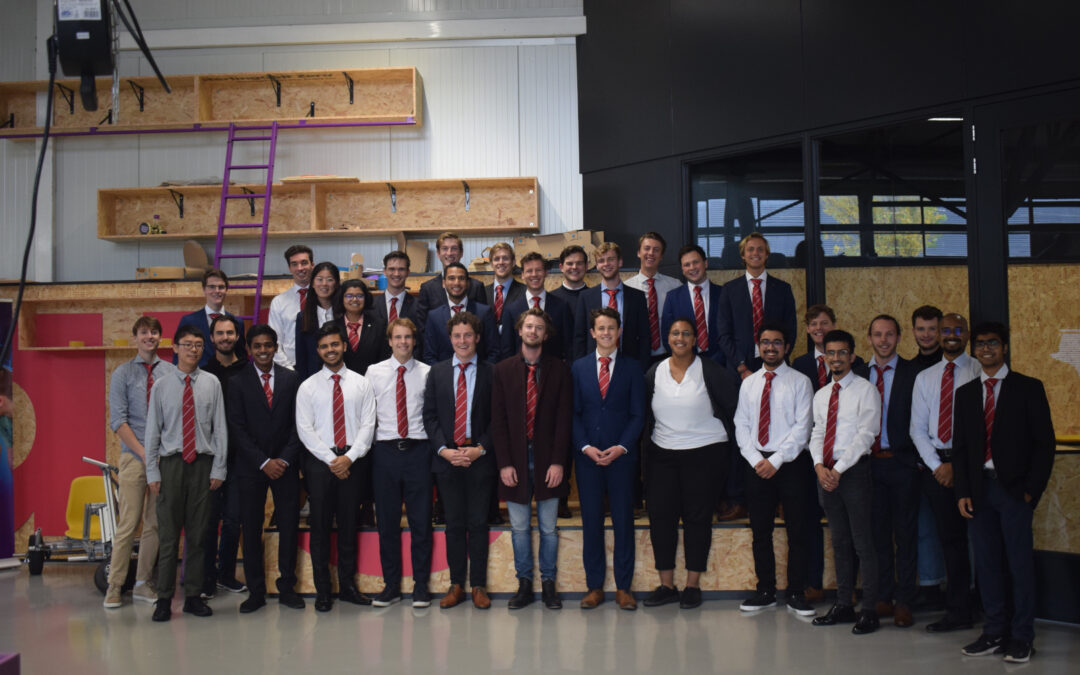 On monday 17 October we visited the Lely headquarters in Maassluis. Lely is the market leader in the field of agricultural automatisation in the dairy sector, best known for their automatic milking robots.

We arrived at Lely and were welcomed in their beautiful auditorium which houses all the current versions of the impressive robots they built. Here we had our first introduction to the company in the form of a short video projected from above on a model farm detailing their machines and how they integrate into a dairy farm.

The last activity of the day consisted of a case study. One of the robots Lely builds is an automatic feed mixer and distributor. One of the major challenges is to build a control algorithm that is robust enough to deal with the many disturbances of a working farm. The robot uses a metal strip on the ground to get around the farm. However, mud or damage can make the strip hard to find. We were tasked to code a behaviour program in python to get a robot around a ROS environment. This was a really fun way to end the day because it gave a very good insight into the specific engineering challenges that engineers at Lely have to tackle.